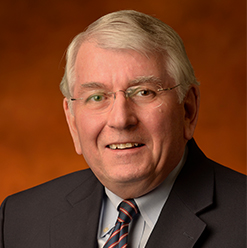 Bill began work as a technical writer and newsletter editor, keeping pace with changes in the aerospace industry. He moved from aerospace into radio and television broadcasting, and for two years produced TV specials and promoted the network’s fall program line-up. His corporate industrial and consumer experiences were issues management and brand driven. For 15 years he introduced and re-introduced products, launched line extensions, created service offerings, and managed crises for his Fortune 500 employers, helping to increase their sales and improve their profits.

In 1985, having gained considerable insight from his corporate experience, he opened his own firm, leveraging the learnings and chasing Peter Robinson’s belief that “what is central to business is the joy of creating.”

Through his years in marketing and communications, he’s concluded that success is very much a function of being noted or notorious – not average, never idle. He also accepts the notion there are precious few new ideas and that breakthroughs today often come when proven ideas are re-packaged, re-presented, and re-applied in fresh, creative ways. Victory in today’s marketplace is achieved by placing success upon success, and using occasional setbacks as a way to learn and grow.

Above all, he’s learned to take the path less traveled. Simply following in someone else’s footsteps because it is easy doesn’t appeal to him. While often more difficult, he’s found blazing a trail to be the most rewarding way to go and to embrace change because change implies growth.